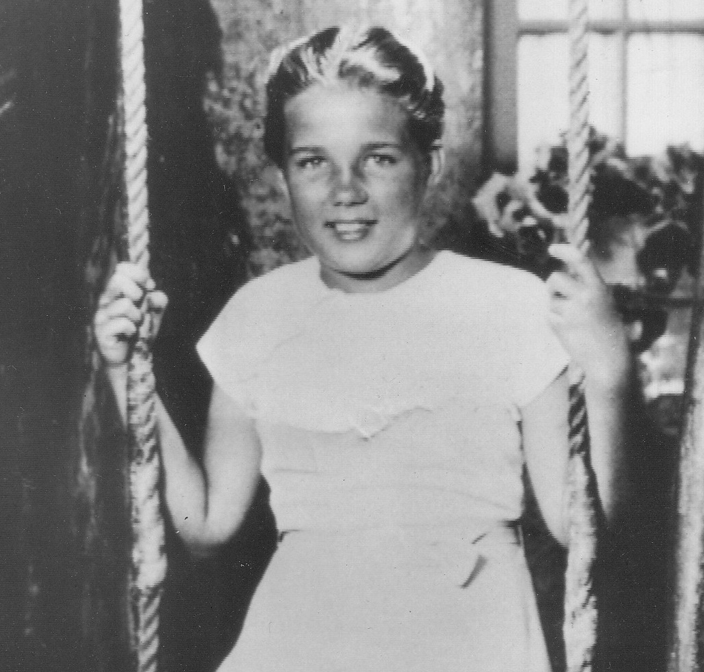 Rest in peace, dear Sally. You deserved better in life but at least you can never be hurt again. Goodnight, sweet angel.

“Not even the brightest future can make up for the fact that no roads lead back to what came before-to the innocence of childhood or the first time we fell in love.” Jo Nesbo

Most parents cherish their children’s innocence. They long to preserve it as long as possible, and let their child feel that sense of wonder, that sense of awe, that sense of things being right with the world. Think back to the time when your child came home to say someone had told them Santa was not real. Remember that pain, that jolt, that reminder that a piece of your child’s innocence had been taken. Now multiply that by a million….and that is what was taken from Sally.

Sally Horner was eleven. She was an innocent child, a shy child, a child who desperately wanted to belong, to have friends, to be accepted. Sally accepts a dare in order to join a cliche of girls. She is tasked with stealing something from Woolworth’s. So she does, a trivial object, a notebook, and is caught by a man claiming to be an FBI agent who scares and terrorizes Sally saying that she will be arrested and sent away. Sally is frightened, she falls prey to this man who is a predator and through his manipulation and Sally’s mother, a poor soul herself suffering from the suicide of her husband, Sally’s stepfather, as well as rheumatoid arthritis believed the story he wove. He spirits Sally away first to Jersey, then to Texas, and finally to California. She is gone, vanished into the wind, and the police, her mother, her older sister and her husband are left bereft and wonder where Sally has gone.

Sally has been taken by an evil man, a sexual predator, a manipulator who turns young innocence into shame, fear, and longing for the ways things use to be, for family, for someone who cares and does not abuse Sally’s heart, mind, and soul.

Ms Greenwood has turned this true happening into a story of pain, loss, and pathos that breaks one’s heart. She weaves the story, seeming to crawl into Sally’s mind and heart as she relates to the reader what Sally feels and what she has lost. This is not a book about the horrendous things done to Sally, no vivid details are related. This is not a book of sensationalism, but a book of compassion for a young life that was lost, for Sally’s loss of innocence is the loss of her young life. It is the loss of growing into oneself, the loss of play, the loss of the sense of carefree days where one was able to while away, a day of childhood doing childhood things. This vile predator stole Sally’s sense of wonder, he stole her life in essence and brought her to a point where she thought there was no way to return. Once innocence is lost, there is no regaining it.

all the rest was rust and stardust (Lolita) For Sally there was nothing but rust, the stardust had long disappeared.

Enormous thanks to T. Greenwood for writing a story that was sensitive, kind, emotional, understanding. She has once again captured the consciousness of being a victim, of feeling like you have no voice, of being ashamed and ever so vulnerable. Thanks also to Holly who knowing how I feel about this author and this book made it available to me.

You can follow my reviews on my blog https://yayareadslotsofbooks.wordpres…
This book will be available on August 7, 2018

There’s no tragedy in life like the death of a child. Things never get back to the way they were. (Dwight D. Eisenhower)

10 thoughts on “Rust and Stardust”