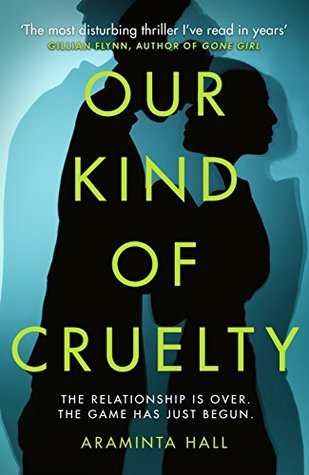 Without obsession, life is nothing.(John Waters) For our                   protagonist, this is his mantra.
This was truly a wild ride into the characters of two people, Mike and Verity. They feed on one another and seem to suck the very life of each other. They have found exactly what they need and that is each other. There are no others, no way in which destiny has not put them together, to be always one with each other. They “crave” each other and as such they devise a game called “the crave” which they play because it excites them

The goal of this game is just that…excitement and in its playing Verity or V as Mike fondly calls her, will go to a bar where she will attract a male and then through a signal, that of pulling on her eagle necklace, will have Mike “rescue” her. Of course this is all in good fun right? This couple explores together things that will turn them on. V and Mike have been together for eight years, meeting at the university. Both of them are very successful in their careers, money is no problem. Both of them can’t live without the other until the day when one of them can.

Mike, because of work goes off to America for a year and while there has a one night stand with someone other than V. She, in the meantime, finds someone else to love and Mike believes fully that her finding a new love who does eventually become her husband, is because of his unfaithfulness.

The story of V and Mike’s relationship is bizarre and trouble does brew for this couple as Mike descends further into paranoia and delusional behavior. He knew better than anyone that V loves him and only him. They are destined to have perfection and they are almost there Mike thinks. He wraps his very being around V and twists everything to always appeal to his delusions. His mind feeds the delusions so much so that it is his reality.

This book for me was unnerving but it also was one that was hard to put down as the author did a great job delving into the mind of a person who uses his fantasy and deception to develop a relationship that is a figment of his own self deception. ““Delusion detests focus and romance provides the veil.” (Suzanne Finnamore)

Thank you to Araminta Hall, Farrar, Straus and Giroux, and NetGalley for making a copy of this novel to me. My reviews can be seen at https://yayareadslotsofbooks.wordpres…