Skip to content
yayareadslotsofbooks (Marialyce) Uncategorized May 14, 2018May 15, 2018 2 Minutes Two beheadings out of six wives is too many. (King Henry VIII) and Jane was not one of them! 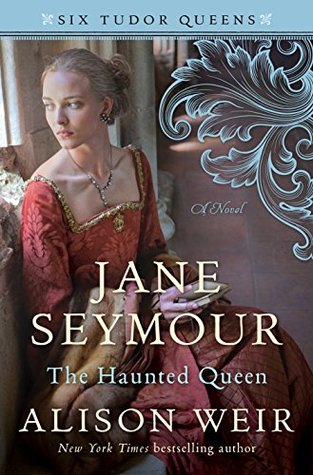 It is always fascinating to this reader to read of the Tudor Queens and the events that led up to their taking their place next to Henry VIII. Alison Weir’s books have always been a wonderful way in which to learn and enhance one’s understanding of the events that put these women on the throne. This novel was no exception

Jane Seymour never would have foreseen herself as the wife to a king. She was shy, devout to her Catholic faith, and from descriptions presented, not one to flaunt herself like her predecessor. She was devoted to Henry’s first wife, Catherine, and felt that her treatment was inhumane and unforgivable. However, times being what they were it was the will of her father and brother that she stop her attendance of Queen Catherine and take up service to the up and coming Anne Boleyn whom she greatly disliked.

Jane comes to Henry’s attention. She was not a beautiful woman but rather plain, fair, and gentle. In fact, the day after Anne’s beheading, Henry married Jane and they went onto having a son together. King Edward VI was their son and because of difficulties and the times, Jane died a few days after his birth possibly due to a bacterial infection.

Jane seemed to be the calming influence that Henry so needed. She was a calm and peaceful person responsible for the return of Princess Mary to her father’s good graces. Jane and Mary had a close friendship and brought to the Tudor court a return of courtly behavior and decorum.

This book was a wonderful look into what might have constituted Jane’s life both before and after she came to court and eventually into Henry’s line of vision. Her death seemed to have affected Henry and it was said that he remained in mourning for her for a number of months. For those who love the lives and the time of the Tudor age, this book both well written and carefully researched will provide many hours of escaping to a time when Henry ruled England with a very strict and authoritarian reign. One has to wonder if Jane had lived what would have become of Henry and Jane. He seemed to truly care for her and she is the only one who was given a Queen’s funeral. Later when Henry died, he was buried at his request, next to Jane at St George’s Chapel at Windsor.

Thank you to Alison Weir, Random House Publishing-Ballantine, and NetGalley for an advanced copy of this novel.