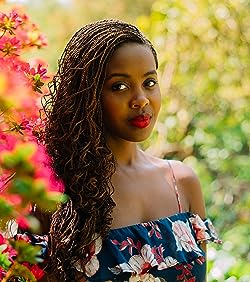 Yet, only years after the Nazi-era, millions were sent to their deaths in places such as Cambodia, Bosnia and Rwanda, and the world once again took too long to act. (Allyson Schwartz)

In their greatest hour of need, the world failed the people of Rwanda. (Kofi Annan)

This was truly a harrowing tale of survival against the most oppressive of odds. Inhumanity is not confined to a country, a person, an idea. It is endemic to what is human, that need to dominate, to feel in control, in power. The powerful prey on the week and the cycle continues as each level preys on the level considered to be weaker than they.

The book is a portrayal of life on the run, a portrayal for struggling through a minute, an hour, a day when you have nothing, not food, not water, and not the love and care of a parent to guide and protect you. No one cares whether you live or die, whether you take another breath, whether you survive another day, or even have a morsel to feed your body.

The only thing that bothered me was the way in which the story was told. It flipped back and forth and for me it took away the story. I am one who likes a story, tragic as it may be, to be linear. However, this was a story that could rip out your heart and make you pause as you look to your life and all his fortunate moments that made you happy, all those people who cared for you, so happy to be alive and treasured even if it be by only one person.

Clemantine Wamariya is a storyteller and human rights advocate. Born in Kigali, Rwanda, displaced by conflict, Clemantine migrated throughout seven African countries as a child. At age twelve, she was granted refugee status in the United States and went on to receive a BA in Comparative Literature from Yale University. She lives in San Francisco.

One thought on “The Girl Who Smiled Beads: A Story of War and What Comes After @absltmom #thegirlwhosmiledbeads # clemantinewamariya #crown #rwanda #genocide”