The teenage years! Can you ever forget them? No matter how old you are you can flashback to those years with trepidation and the thought that god I am glad those are over. It is a time of so much that is unsure, the feelings, the emotions, the constant knowing that it always seemed as if your life was spiraling out of control. The arguments, the searching for control….yes, the teenage years were often hell, but they were also exciting as you discovered yourself, your needs, and of course the people who you loved, your first crush, the dates, the hanging out, the proms, the joy of being alive where every emotion was tingling always and life stretched out in infinite minutes.

Welcome to the teenage years. You get seven. Use them wisely.

Nina Browing has it all. She is married to a very wealthy man, has oodles of money, a fabulous house, and a son she adores. Her husband is ever so successful, a bit of a snob (well maybe more than a bit) but it is her son, Finch, where her love and adoration lies. He has been accepted to Princeton and life look very sweet for this golden boy but then….

Lyla Volpe lives with her dad. They are not even close to being in the socioeconomic stratosphere which the Brownings and others of their ilk exists and yet, Lyla attends on scholarship the prestigious academy where Finch is a senior to her sophomore status. They attend a party, unsupervised by adults and drink and then a picture is taken of Lyla that will eventually open up all the prejudices, some of them racially motivated and a series of lies that lead Nina in search of who she is married to and what her son is becoming.

This was a well developed story that pointed ever so well to what can and does happen when teenagers drink and think nothing of the consequences of their actions. It is a story of how privilege often gets in the way of what is right and how the brains and actions of teens can often prove a major downfall to themselves, their families and those who surround them. It is a story of young attractions, of social media and its sometimes harrowing effect on our teens, and how is it possible to be responsible parents when life surrounds our teens with all its allure and it very many pitfalls.

“I think the hardest part about being a teenager is dealing with other teenagers – the criticism and the ridicule, the gossip and rumors.” (Beverley Mitchell) Who among us has not had to deal with this? 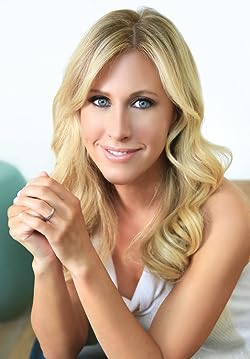 Emily Giffin is a graduate of Wake Forest University and the University of Virginia School of Law. After practicing litigation at a Manhattan firm for several years, she moved to London to write full time. The author of seven New York Times bestselling novels, Something Borrowed, Something Blue, Baby Proof, Love The One You’re With, Heart of the Matter, Where We Belong, and The One & Only, she lives in Atlanta with her husband and three young children. Visit http://www.emilygiffin.com.