Over the last week or so, I have been so very fortunate to have read two fantastic historical fiction novels, one about Patsy Jefferson and now this wonderful novel about the Russian Empress, Maria Fedorovna.

a (Dagmar) was a Danish princess. Her parents were of royal blood yet somewhat impoverished. Through the lines of succession, Dagmar’s father became the king of Denmark and his children went on to be married to various rulers or to lead various European countries. Dagmar was originally betrothed to Nicholas who was the heir to the Russian throne. Tragically, he died of meningitis and supposedly had begged that Dagmar marry his younger brother, Alexander, who would eventually become Alexander III the tsar of Russia. She did and became the Empress of Russia. She and Alexander had four sons and two daughters. One of her sons, Nicholas, would ascend the throne and become Nicholas ll. He would marry Alexandria and they would have five children. In 1917, with the advent of the Russian Revolution, Nicholas and his family were held and eventually murdered by the revolutionaries. Maria, went onto live to the age of eighty outliving four of her children. 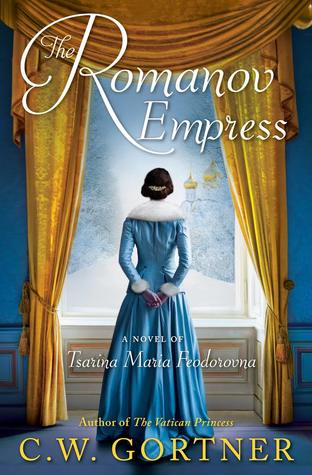 Mr Gortner has written a book about Maria that was both riveting and engrossing. He made Maria become quite real in both her regency, and her life as a wife, a mother, and a grandmother. He portrayed the glory, the fabulous riches, and the majesty of the time when the tsars ruled. They had it all, a divine right to who and what they were, many times forgetting the people they ruled and the dreadful lives many of them were forced to lead. Maria’s life was one of entitlement and yet she too, was a tragic figure. She is shown to have an iron will and to be concerned for her subjects. However, hard as she tried to make both her husband and later her son aware of the need for the people to have a voice in their government, she did not succeed. She lived gloriously, jewels, clothes, travel, all was at her very fingertips. She would go on to lose it all as revolution swept the nation, and Maria lost not only her wealth and status, but also her children and grandchildren. In the end, it was a story of sadness. One can certainly have it all and then lose everything.

The author made Maria real. He brought out the many conflicts she had in her life, the tragedies that followed her starting with the loss of her betrothed Nicholas, to the death of her husband Alexander, the death of two of her children, to that of her exile and death of her son and daughter in law and their five children. He includes in his telling the effect that Rasputin had on the royal family and the various heads of state and their familial relationships.

I can’t recommend this book more highly to those who so relish historical fiction novels. Truly this was a book that was able to make the reader know the real characters so very well and feel their triumphs, their joys, but mostly their sorrows. “If I have given my all, and still do not win, I haven’t lost. Others might remember winning or losing, but I remember the journey.” (Apolo Ohno) For Maria, herself, had the journey of a lifetime. 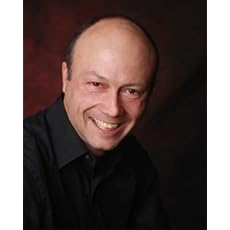 C.W. Gortner holds an MFA in Writing with an emphasis on Renaissance Studies from the New College of California and a degree in fashion marketing. In his extensive travels to research his books, he has experienced life in a Spanish castle and danced in a Tudor great hall. Half-Spanish by birth, his novels have been translated in over 20 languages to date.