“What it’s like to be a parent: It’s one of the hardest things you’ll ever do but in exchange it teaches you the meaning of unconditional love.” — Nicholas Sparks 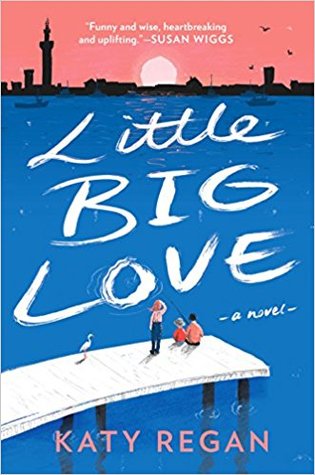 Juliet loves her son Zac. She wants as all moms do the very best for her child. However, unfortunately, Zac who has a super big heart, is going through some tough times. He is overweight making him the target for bullies, but he and his best friend, Teagan, set out on a mission. That mission is to find and reunite his dad to his mom.

Juliet struggles with single parenthood. She does have parents who support her and love Zac but something awful happened years ago and set them all at odds with one another and has separated both Zac and his mom from their father and the man Juliet still loves.

Mick, Zac’s grandfather tells his story throughout the story, but he holds a terrible secret within him and at the end of this tale, the truth, as it always does comes out.

This was a sweet family drama with lovable characters that feel strong love for one another. Zac does not give up no matter what obstacles are in his path and this cute story ends on a very positive note.

This was a lovely summer read, one that we often need when reading some of the hard topics that one finds in many of the books we read. Save a little spot in your heart for this one.

“Being deeply loved by someone gives you strength, while loving someone deeply gives you courage.” (Lao Tzu) …and Zac has tons of that for sure!

Thank you to Katy Regan, Berkley, and Edelweiss for a copy of this lovely little tale.

Katy Regan was born and brought up in the northern seaside town of Morecambe. Her claim to fame – aside from being possibly the only person in the world to get expelled from primary school – is that at the age of 16 she went to stage school in Surrey with Posh Spice. She worked at 19 magazine for two years before joining Marie Claire in 2002. ‘Highlights’ in that position included spending ten days in the buff on a nudist resort and becoming a footballer’s wife for a week — all in the name of investigative journalism. In 2004 at the height of her career as the office roving reporter singleton, she fell accidentally pregnant by her best mate (who just remained a friend). Seeing the creative possibilities in this unconventional situation, her editor commissioned her to write a column – And then there were three! which proved so successful it ran for two years and inspired many a reader to write in to Katy with their life story. She has now taken her loyal following to her blog – The State She’s In – on the Marie Claire website. She lives in south London and shares care of her son Fergus with his dad who lives across the road.