This Medal of Honor does not belong to me. This medal belongs to every man and woman who has ever served their country. We were doing what we were trained to do. We were doing our job. (Michael E. Thornton)

The President, in the name of Congress, has awarded more than 3,400 Medals of Honor to our nation’s bravest Soldiers, Sailors, Airmen, Marines, and Coast Guardsmen since the decoration’s creation in 1861. 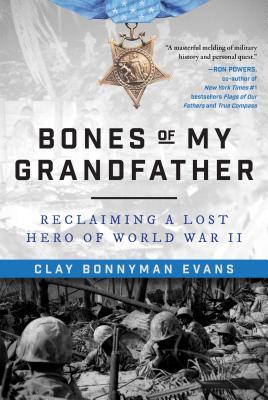 This was a very moving story of a man, a grandson, Clay Bonneyman Evans who desired to bring his grandfather home. His grandfather, 1st Lt. Alexander Bonnyman, Jr., a marine, who fought and died on the small island of Betio in the South Pacific, so valiantly that he was awarded the Congressional Medal of Honor. In this story of his grandfather whose remains had been missing for seventy years, the author and others members of an group called History Flight, after many wrong turns, being thwarted by government agencies, successfully found not only Alexander’s remains but those of many other soldiers who were Mia’s, or thought to be resting on other places.. This book also highlighted the difficulties surrounding returning our soldiers home.

Mr Evans not only details his struggles, but also introduces us to his grandfather, a wonderfully charismatic man, who was not perfect but did exemplify the very makings of what is a hero. Alexander didn’t have to serve, as he could have gotten out of service because of the work he did. However, feeling propelled to do something he enlisted at the age of thirty to becoming a Marine, quickly rising up the ranks because of his innate ability to lead and foster strength in those under him. At his death, he left a wife and two young children alone, though well provided for. Each family member struggled to come to terms with their loss, some in ways unexpected, however, Alex’s father and brother and then later on his grandson always carried the hope of bringing Alex home. The book details the ways in which his grandfather led his life and the way in which he became a hero to many.

Mr Evans also highlighted the innate difficulty and the painstaking work that goes in identifying, finding, and bringing these soldiers back home. It was a moving tale especially in light of our soldiers returning home from the Korean Conflict. Looking at those flag draped coffins makes one realize the ultimate sacrifice made for so many to ensure that we here in America enjoy a level of freedom and choice not experienced by many throughout the world.

Many thanks to Clay Bonneyman Evans, Skyhorse Publising, and Edelweiss for a copy of this heroic tale of a grandson’s need to bring his grandfather home to his family and the country he died for. 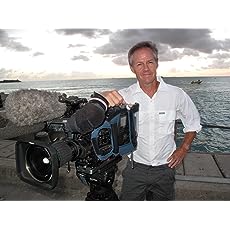 Clay Bonnyman Evans has always treated life as an adventure. A native of Colorado, he jumped the tracks of a carefully planned Ivy League education to become a cowboy around the American West for nearly seven years, subject of his 1999 memoir, “I See By Your Outfit” (Johnson Books). A 1997 graduate of the Clarion West Workshop for fiction writing, he has published three books to date, including a children’s picture book, “The Winter Witch” (Holiday House, 2005) and “Behind the Green Vest” (Prairie Mountain, 2015), a lively history of one of the west’s most iconic businesses, McGuckin Hardware. He also has published hundreds of freelance articles in such publications as the Denver Post, the Occidental, Marathon & Beyond, and New Mexico Magazine. 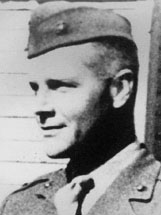