It’s Sunday morning so what are you reading? For me, I have just finished this interesting book entitled

This was my very first book by Fiona Davis and of course, being a former New York girl, I was so enticed by its setting, that of New York’s Grand Central terminal. The original terminal was built by Cornelius Vanderbilt and than later redone in 1903 becoming the biggest construction project in New York’s history up to that time. Taking ten years to complete, it was built on seventy acres, thirty-two miles of track, and thirty passenger platforms. It has an amazing history and was saved by the efforts of Jackie Kennedy and others from being demolished in the seventies. This building was quite a backdrop for this story.

The Masterpiece alternates between two time periods, that of the 1920’s and the 1970’s telling the story of two women, Clara Darden, an aspiring artist in the 1920’s, and Virginia Clay, a recent divorcee, of the 1970’s. The tale starts out when Virginia, who has found a job working at the terminal’s information booth, finds an old painting and is spurred onto finding its history and creator. The story goes back and forth between the characters of an old art school which was located in the terminal, and the people who populate the terminal within Virginia’s circle.

The book is character driven and the author tries very hard to interweave their stories into that of the terminal as it background. Personally, I found the characters to be a bit distant and at times felt the story was a bit rushed particularly the ending. I very much enjoyed when the building itself was discussed and wished that the author had included a bit more history in the telling. All in all, this was a readable tale and one that has encouraged this reader to both do some research and to pick up another of Ms Davis’s books. If you enjoy a story of independent women who come together in an unique and engaging way, this book offers one a bridge between two time periods, two independent women, and the building that united them across decades. 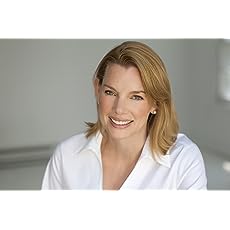 Fiona Davis began her career in New York City as an actress, where she worked on Broadway, off-Broadway, and in regional theater. After getting a master’s degree at Columbia Journalism School, she fell in love with writing, leapfrogging from editor to freelance journalist before finally settling down as an author of historical fiction. She’s a graduate of the College of William & Mary and is based in New York City.