They say money can’t buy you happiness but in the late 1800s and early 1900s, it could buy you a husband. “Whoever said money can’t buy happiness simply didn’t know where to go shopping.” (Bo Derek) …and shopping these girls and their mothers did. They were shopping for an entrance into high society and were willing with their bags filled with money to climb that social ladder no matter what it took. This was the world of 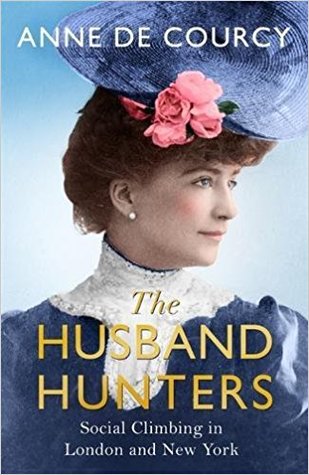 This was a fascinating tale of wealth, copious wealth, and what it bought at the end and beginning of the nineteenth century. The money, extravagantly spent, thrown around and perhaps even squandered was a way or an entrance into society where the rules were stringent and life was dictated by status, who you were descended from, and of course how much your husband, father, and family was worth. If you were a nouveau riche, you were not accepted into society unless of course you found a way.

Many of the women depicted in this well researched novel were forwarded by their mothers who tripped onto the fact that marrying a royal peer of the realm was a way in which the climb up the ladder could be accomplished. The royal peers were anxious and ready for these young American heiresses as you see many of these men were verging on bankruptcy and a rich young woman’s fortune went to them at their marriage. Here one might think of Cora in Downton Abbey as she herself brought fabulous wealth to Robert Crawley. Though romanticized, the fate of many of these young girls was not as lovely as Cora’s. Through the British system of entail all monies went to the male and if a male child was produced all the wealth went to him at the death of the father.

There were many well know ladies who were married off in this fashion. Jennie Jerome married Randolph Churchill and she was one of the first to find her way into high society. This book takes us into the wealth of those in New York, the Astors, the Vanderbilts,  and others who conspicuously entered an age coined as as the Gilded Age. The parties, the balls, the costs even by today’s standards were astronomical. They had, as the term implies, money to burn and burn it they indeed did. The clothes the gowns, the requirements of the dress of the day had women ordering from the dressmaker of the day. Their gowns sometimes twenty to thirty ordered for a season were often embedded with thousand of dollars worth of diamonds, emeralds, pearls and other valuable gems. What they didn’t wear on their gowns they wore around their necks, wrists and suspended from their shoulders or waists. Tiffany was their main supplier of jewels, china, and serving pieces made from solid gold and silver. No expense was spared, no amount of spending was considered inappropriate. It was a time of wealth unparalleled as there was no income tax collected so literally fortunes made were fortunes kept.

This was a fascinating tale of wanting things that money could buy. Many young girls were sacrificed to the wishes of their mothers who so desired to be included in the glitterati of the time that they were willing to figuratively prostitute their daughters.

Thank you to Anne de Courcy, St Martin’s Press and Edelweiss for a copy of this most fascinating book. 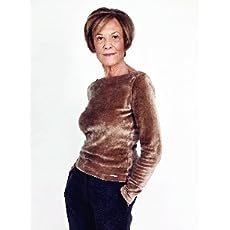 Anne de Courcy has written eleven books, including Diana Mosley, Debs at War, and The Viceroy’s Daughters. She lives in London and Gloucestershire