Skip to content
yayareadslotsofbooks (Marialyce) Uncategorized August 28, 2018 2 Minutes
“We all take for granted things that come too easily.
That’s why I can’t let you go–you’re always a challenge to me.
Here’s my wow to you, here’s all I believe:
For you, I’ll stay invisible. I”ll be the air you breathe.” Is it possible to stay invisible when what you want is exactly what another has?
The time: the 1930s
The place: Brazil
The characters: Dores and Graca
The tie that bound these girls together: music, friendship, rivalry

Meet Dores, a poor young child, an orphan living on a sugar plantation forced to be the one who cares for herself, with some help from an old cook. Meet Graca, the daughter of the plantation owner. Together these two form a most unlikely friendship, a friendship that will carry them through a lifetime of sorrow, joy, and a wish for things that oftentimes are not to be. These girls are polar opposites and yet they find meaning within their lives, that meaning coming to them through the gift that music often brings. The girls grow, they run away to Rio de Janeiro, where they struggle and yet the music is that ultimate bond which joins them together. It is the way they survive, the way their future seems to move, the way they will share the joys and the many sorrows that life will force onto their paths. Their journey leads them eventually to Hollywood, the world of movies, of the samba, of the success of Graca who sings and dances her way through movie after movie, while Dores the composer of the songs, remains in the background, longing for recognition. Their lives seems to be what they desired, being recognized, being shown that their music their songs are heard and seen and yet it is not ultimately what they thought it would be. Their home, their country beckons, calls to them, and soon they realize that perhaps they can never go home again, never find that recognition they always sought, never to have a place to call their own.
Their friendship suffers along with their success and though they seem to care, there is jealousy, there is the fear and desire to be what the other is. There are the trials that often lead to the downfall of friends and their ability to maintain what had formerly brought them together.
This was a story of characters set against a backdrop of the Rio of long ago, the samba with its dance and musical style, and the fight each of these girls, grown to women, engage in to breathe the same air, to find the same level of success, to hold onto identities which seem to shape them into something they never really wanted to be. It was a story of struggling to find themselves, of looking at the life they so desired, at seeing the sadness that often accompanies those of us who wish for too much, yet always there was the music. For these women and the men who surrounded them, “Music is the moonlight in the gloomy night of life.” (Jean Paul)
Thanks you to Frances de Pontes Peebles, Riverhead Books, and Edelweiss for a copy of this most engaging story. 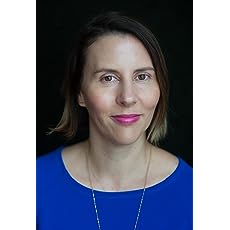 Frances de Pontes Peebles is the author of the novel, THE SEAMSTRESS (HarperCollins), translated into nine languages and winner of the Elle Grand Prix for Fiction, the Friends of American Writers Award, and the Michener-Copernicus Fellowship. Born in Pernambuco, Brazil, she is a graduate of the Iowa Writers’ Workshop.