Darl Moody has had a dream, an adventure, a quest with nature that he has followed for quite some time. He has been chasing a buck, it being the focus of an undertaking, a purpose, an achievement, a way in which he pits himself against what life has offered him. He, in this compulsion to down that buck, decides to chase this dream onto another man’s property. That decision, the one he makes in order to provide food to his sister as well as the give himself a purpose, provides what will ultimately be a cruel twist of fate. A mistake happens and Darl shoots a man, a man named Carol Brewer who himself was trespassing trying to steal ginseng. The Brewers are a violent family and when Carol’s brother Dwayne looks to find Carol, the chase is on as to what had become of his brother. Frightened of Dwayne, Darl enlists the help of his best friend, Calvin, to help in concealing the body. The hunt is on as Dwayne, who often said that Carol was the one good thing in his life, searches for his brother and fulfills that “eye for an eye” mantra he so believes in.

This was a gritty tale, so well written that the words seem to fly up at you as you travel this road with the characters that show brotherly love, friendship and the hardness of a poor life in the Appalachian environment. Granted this book is vivid, the scenes are brutal, but the language and visions it evokes are fantastic, Mr Joy has captured a world of hardship, poverty, loneliness, and bleakness. The men rely on their basest instincts to find where survival lies. It is a raw story that unites the love one shares for a brother, a friend, and the willingness to sacrifice one’s life for another.  This is the line that held them. “You still can’t see it and it’s right in front of your eyes. It’s the reason we’re gathered here. The only reason we’re here is because of the ones we loved. That the line that held us.” This story of revenge, bad decisions, and perhaps salvation is a riveting story of what a person will do to seek their place in a society that is impoverished and suffering. It is truly a society that believes in reprisal and retribution.

Thank you to David Joy, G.P. Putnam’s Sons and Edelweiss for a copy of this engrossing novel. 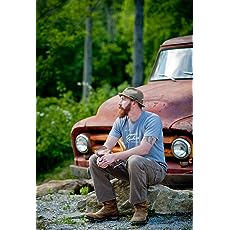 d Joy is the author of the Edgar nominated novel Where All Light Tends to Go (Putnam, 2015), as well as the novels The Weight Of This World (Putnam, 2017) and The Line That Held Us (Putnam, 2018). His memoir, Growing Gills: A Fly Fisherman’s Journey (Bright Mountain Books, 2011), was a finalist for the Reed Environmental Writing Award and the Ragan Old North State Award for Creative Nonfiction. His latest stories and essays have appeared in The New York Times Magazine, Garden & Gun, and The Bitter Southerner. He is the recipient of an artist fellowship from the North Carolina Arts Council. His work is represented by Julia Kenny of Dunow, Carlson & Lerner Literary Agency. He lives in Jackson County, North Carolina.