In this well written drama, Mary Kubica confronts two issues that have plagued women, that of infertility and that of insomnia. Statistics say that 12.1% of women suffer with infertility problems while 6.7% are actually infertile. Sixty million people suffer from some level of sleep disorder. While there is medical treatment for infertility, it can cost in upwards of one hundred thousand dollars. Insurance will cover some of the costs but most insurances have a maximum amount that they will cover. For women who so want a child, and will try anything to conceive, they and their partner encounter an enormous amount of debt trying to become pregnant.

,  Ms Kubica introduces us to Eden, a young girl happily married to her spouse who decide to have a child. However, they experience much difficulty and explore all options, acquiring massive debt and eventually wrecking their marriage. Years later, Eden’s daughter, Jessie Sloane, confronts her own problems. She is an insomniac, her mother is dying of cancer, and after Eden’s death, Jessie needs to find out about herself. She tries to enroll in college but then finds out her social security number belonged to a three year old child who had died. Jessie embarks on a mission to find out who she is, but her insomnia plagues her, opening her up to chronic sleeplessness, memory issues, and hallucinations. She is on a road to paranoia.

Told in two concurrent voices, that of Eden’s and Jessie, this story confronts the issue of family love, the overwhelming desire for a child, and finding oneself among the chaos of life and its many problems. It is a sensitive story, one that is written about so well, by the author. At times, the two unreliable narrators of this story relate things that seem murky and at times some of the details are slightly unrealistic. However, I do recommend this book as a worthwhile read and one many will enjoy as you ponder the issues these two women faced.

Thank you to Mary Kubica, Herlequin-Hanover Square Press and NetGalley for providing an ARC of this thought-provoking novel.

Thank you also to the Traveling Sisters group on Goodreads who read along with me. We had quite a discussion about this book and as always, it made the story ever more intriguing. 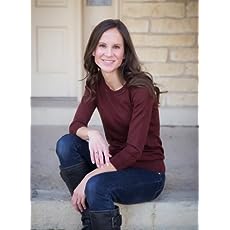 Mary Kubica is the New York Times bestselling author of four novels, including THE GOOD GIRL. She holds a Bachelor of Arts degree from Miami University in Oxford, Ohio, in History and American Literature. She lives outside of Chicago with her husband and two children.