“To be in exile is to have the things you love most in the world – the air you breath, the earth you walk upon – taken from you. They exist on the other side of a wall – there and not – unaltered by time and circumstance, preserved in a perfect memory in a land of dreams.”

4 wonderfully amazing stars of Havana and Cuba and its people

I have always had fascination with the island of Cuba. I was a young girl during the Cuban missile crisis and although I was only a child, I did recognize the fear that was felt during those eleven days. It was all that was on TV and although my parents didn’t allow much TV watching, the messages that were given frightened the people and of course that fear transported itself onto the children. Only ninety miles away from the mainland of the US, with missiles pointed in our direction, it was the stuff of nightmares.

With all this in mind, I was quite anxious to tackle this book. I was not disappointed as it gave a fine look into the people who formerly lived and still live in Cuba during the escalation of tensions during the Baptista reign that led up to the takeover by Castro. This books follows the lives of two women, the men they loved, the environment created by conflict, and the struggles that took them away from their beloved Cuba, and finally back to it years later. Elisa, living in Cuba, in the fifties, a wealthy young woman, witnessed the turmoil, the poverty, and the ways in which her family had escaped from the tragedy that occurred, escapes to Miami, going others who escaped from the conflict that was ensuing. Marisol, granddaughter of Elisa, fueled by a desire to bring her grandmother’s ashes back to Cuba, returns to a land that had been run by the dictator, Castro. She witnesses the land that her grandmother and others so loved and hoped one day to return to. She also finds out some secrets her grandmother held and those secrets make a huge impact on her life. These two women were decades apart and yet, their stories and life ran parallel to the land they loved and the men they fell in love with.

Both women meet men whom they fall in love with. While Elisa’s  love is destined to be left on the island when she and her family leave, Marisol’s seems to be able to flourish baring the problems which many experienced trying to escape the dictatorship of Castro even after his death.

Learning a lot about the Cuban people and their love of their country, as well as the lack of freedom in their lives, this book enabled me to see well how freedom is a gift, a prize given to us, not ever to be taken for granted. I recommend this book to those who love an emotional story filled with a background of history and tradition, while also wishing all Cuban Americans their dream that next year in Havana becomes a reality.

Thank you once again to my local library which always has a plethora of great books to read. 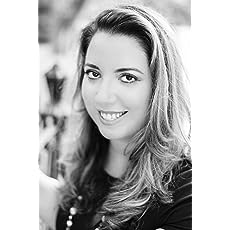 Originally from Florida, Chanel Cleeton grew up on stories of her family’s exodus from Cuba following the events of the Cuban Revolution. Her passion for politics and history continued during her years spent studying in England where she earned a bachelor’s degree in International Relations from Richmond, The American International University in London and a master’s degree in Global Politics from the London School of Economics & Political Science. Chanel also received her Juris Doctor from the University of South Carolina School of Law. She loves to travel and has lived in the Caribbean, Europe, and Asia.