I have always been enamored with John Boyle’s novels. He constantly is upping his game as he flirts from the compassionate, sad moving characters in The Boy in the Striped Pajamas, to the beloved characters in The Heart’s Invisible Furies, to the devious, cunning narcissist in A Ladder to the Sky.

This multi talented author managed to once again enthrall me with his ability to entrap the reader into the life of one Maurice Swift, probably one of the vilest creatures you ever would want to meet.

Maurice is a failure. He treads on using people as he drifts through life. His good looks entrap people into his web where he cruelly uses and abuses them. Maurice has a somewhat fluidity when it comes to sex. He can be gay if needed, or straight, or anything really for what Maurice wants most is acclaim as a novelist. He will do anything, and I do mean anything, to achieve that goal. He lies, he cheats, he uses and abuses, he commits the very worst actions possible all to find the highest accolades, the highest plains that he so believes he deserves. His goal is to win the coveted Prize, probably the Mann Booker award, and he is so amoral that he will do everything to win the prize.

Boyne has created a most compulsive read as we travel through the actions, the thoughts, and the cunning of this narcissist. One has to wonder, in the world we live in today, how  many Maurice’s reside amidst us?

As with any story and the subjects it touches on, do we see a reflection of the author himself? Is this how Mr Boyle sees himself and his fellow writers, or is this a testament to the place where so many of us have come to be?

This book will have you thinking, have you wondering, have you appalled that a man like Maurice, so contemptible, so repugnant could really be, and yet the frightening element is that there are many Maurices, many loathsome, vicious creatures who would step upon anyone as they themselves strive for that ladder to to sky 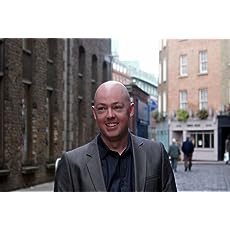 John Boyne was born in Ireland in 1971 and is the author of seven novels for adults and three for children. The Boy In The Striped Pyjamas won two Irish Book Awards, was shortlisted for the British Book Award, reached no.1 on the New York Times Bestseller List and was made into an award-winning Miramax feature film. His novels are published in over 45 languages. He lives in Dublin.

Wife, mother to four daughters, Yaya to seven grandchildren. daughter, sister, aunt, teacher, and a reader and reviewer of books... View all posts by yayareadslotsofbooks