Today I am reviewing the fascinating story of a young girl, Khalida Brohi, who escaped an arranged marriage due to her father’s wanting his children to be educated. Meet Khalida, the writer as well as the main character in this wonderful story of courage, forgiveness, and strength.

If ever there was a place a culture, a time where women were dominated by the men in their family, that place would probably be in Pakistan. Kahlida, as a young girl wanted the things that all the young strive for. She wanted freedom to chose her life’s direction and the man she would marry, to find her own way, to be a person who did not have every hour of every day plotted out for her. She writes of the life she was destined to lead, one where women and girls were covered, one where women were controlled by men, one where a male relative literally had the power of life or death over female relatives whom were felt to dishonor the family. Fathers, uncles, brothers, cousins could and did kill their daughters when they thought these girls shamed them as Khalida learned when a cousin of hers was honor killed. The infringement could be as little as looking at a man up to running away with the man you loved. It was a brutal culture where men ruled in these tribal groups that inhabited Pakistan.

Khalida was her father’s beloved daughter. He was different in his approach to his daughter wanting for her an education, being educated himself, knowing it was her only way out of a life of ignorance and containment. He indulges her, educates her as best he can, always fearful of the culture which made women and girls pawns in the family.

Khalida succeeds though not without many struggles as she and other fight against a culture driven by men and centuries of believing women were the chattels of their fathers, husband, and any male relative. It was a sad but inspiring story as Khalida grows to adulthood, she fights to right the wrongs of the men. Khalida loves her country, she finds it beautiful in so many ways, and it is through working with this culture, this terrain that she brings to many the ability to feel pride and eliminate fear.

Recommended for those who so enjoyed My Name is Malia. This book will reinforce that we in this country are ever so fortunate to live in a culture where women are valued and free. 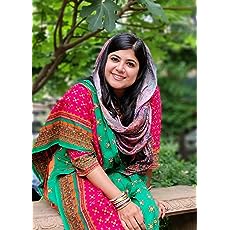 Khalida Brohi, 29, is a serial entrepreneur, activist and speaker from Pakistan. She is the Founder and Executive Director of Sughar Foundation USA, a non-profit dedicated to providing tribal and rural women in Pakistan with opportunities to evaluate their abilities and nurture their leadership skills in an environment of growth and development.

Khalida is also co-founder of The Chai Spot with her husband, David Barron, a social-enterprise based in Arizona, that builds bridges between Pakistan and USA by promoting Pakistan’s rich culture and flavors at the same time providing economic opportunities for woman and educational opportunities for youth in Pakistan.

Khalida has twice been named among Forbes’ 30 Under 30 for Social Entrepreneurship, awarded the inaugural Emerging Global Leader Award by Northwestern University, named Director’s Fellow at MIT Media Lab, and received the ANGEL Award by the Dr. Martin Luther King Jr. Center. Khalida has also been among NewsWeeks’ 25 under 25 Women of Impact, The Nation’s 100 Women Who Matter in Pakistan, awarded the Woman of Impact Award by Women in the World Foundation, the Women of Excellence Award by the government of Sindh Province, Pakistan, as well as others.

2 thoughts on “I Should Have Honor: A Memoir of Hope and Pride in Pakistan by Khalida Brohi #ishouldhavehonor #khalidabrohi #randomhouse #honorkillings #womensrights #pakistan @absltmom”