Woo hoo, it’s finally here! The absolute best day of the week according to many. I hope your Friday is just fabulous and that you have your books lined up for the weekend. Today, I am reviewing Tatiana de Rosnay’s newest book entitled,

I loved her book Sarah’s Key, was not a fan of her book A Secret Kept and now with this one, I am somewhere in the middle.

One’s family is the cornerstone of who they are. They are the ones who planted seeds within yourself that when nurtured grow to produce a good person. The Malegarde family comes together to celebrate their father’s seventieth birthday. Bearing secrets and lifetimes, the family faces a health crisis with their father. Meanwhile Paris itself is under siege from rainstorms which cause huge flooding issues and lends quite a somber atmosphere to the goings on of the Malegarde family.

Prominent among the characters is Linden the son, who has faced the fact that he is gay, the loss of a beloved aunt,  a somewhat tenuous relationship with his father, and also a secret that his mother has kept from him. He is floundering and yet he is the one who is expected to hold the family together. Can love, tragedy, and loss bring this family unity or will they each at the end go their separate ways?

This character driven novel is sometimes powerful but often the writing seems to get in the way of the story. I found it to be ponderous at times and found myself losing attention with paragraphs that were overly long and drawn out.

Was this a bad novel? No, not at all. It was just a novel that seemed to want to arrive at something but never really got there. Although it was not really for me, I do recommend it to those who like a character driven book, one where family interaction resemble what many families are experiencing, one where the descriptions of Paris and the flooding come through loud and clear. The city and the family share a crisis which both of them might never recover from. 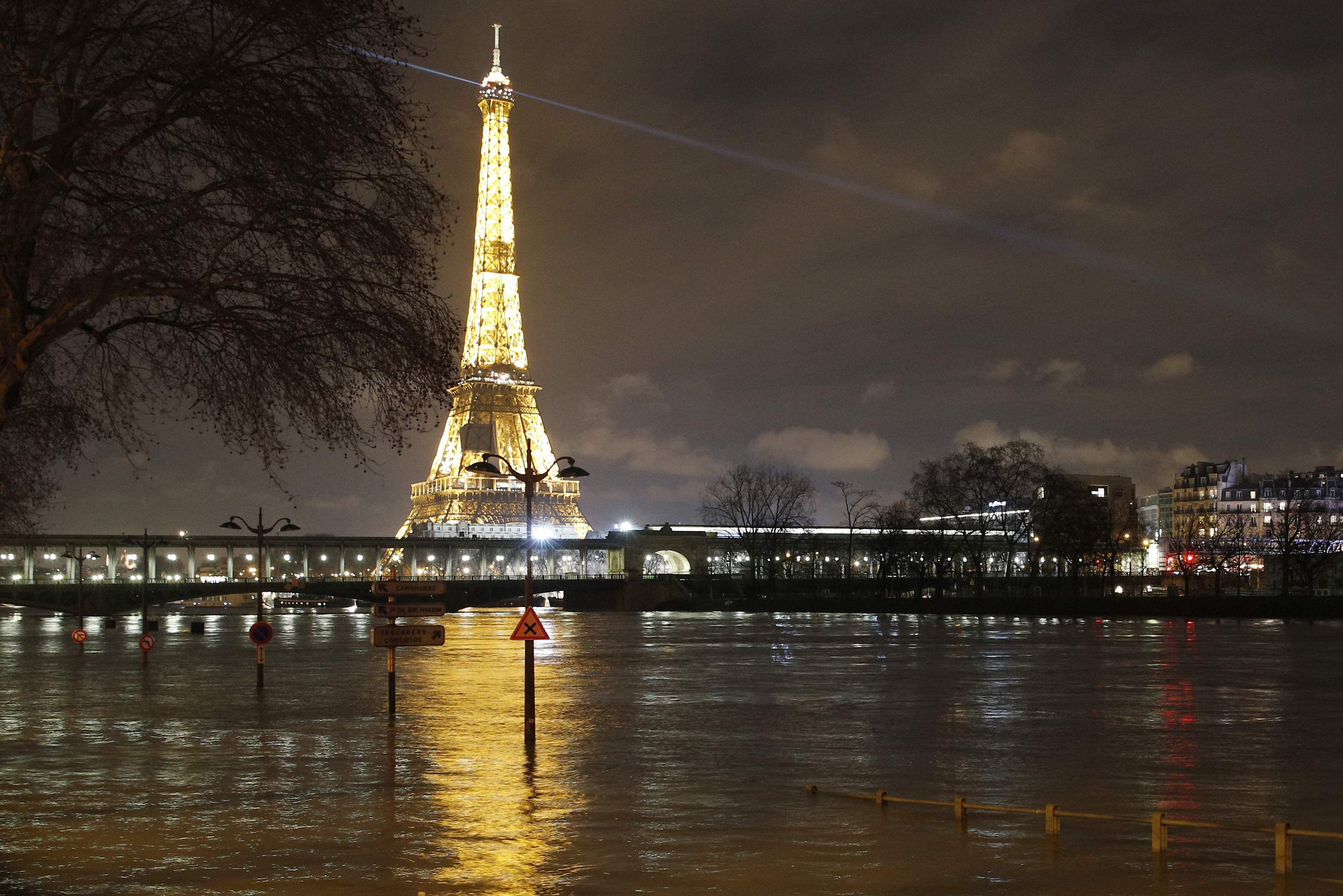 Thank you to Tatiana de Rosney, St Martin’s Press, and NetGalley for a copy of this book in exchange for an impartial review.

Tatiana de Rosnay was born on 28 September 1961 in the suburbs of Paris. She is of English, French and Russian descent. Her father is French scientist Joël de Rosnay, her grandfather was painter Gaëtan de Rosnay and they were born in Mauritius. Tatiana’s paternal great-grandmother was Russian actress Natalia Rachewskïa, director of the Leningrad Pushkin Theatre from 1925 to 1949.

Since 1992, de Rosnay has published twelve novels in French and three in English. She has also worked on the series Family Affairs for which she has written two episodes with the screenwriter Pierre-Yves Lebert. This series was broadcast on TF1 during the summer of 2000.

In 2006 de Rosnay published her most popular novel, Sarah’s Key, today the book has sold over three million copies in French and almost two million in English. In 2009 the book was adapted into the French film Sarah’s Key by Serge Joncour, with Kristin Scott Thomas as Julia.